70 but not washed up! In fact, I am on an adventure that is really going strong. I am still learning the craft of writing and experimenting with different genres. Making natural homemade soap, crafts and design keep me busy at home. Meeting new people and getting to know others better, makes for a satisfying social life and making special friends. Meeting "souls" is a gift from God. Christian, mother, grandmother, friend...have lived in five states and enjoyed every one!

When Marianne Nuemann took a position with the Children’s Aid Society, she had one thing on her mind. Her little sister, Sophie, had been adopted out during a recession in 1858 and she hoped to find her. New York City was running over with orphans and Marianne lost track of her sister when they had to be separated for a time. She never imagined she and a brother would be put on an Orphan Train without her permission as an older sister. Times were hard and there was not enough money in the remaining family to care for so many children after her parents passed. Marianne planned to look for her sister as she also was supporting herself and helping place children into safe and welcoming families…she hoped anyway. She went on her first trip on the train with Andrew Brady as her co-worker. He seemed to be secure in his position and really care for the children that they were responsible for on this trip. Marianne lets him know that she had a beau at one time and was still counting on the relationship to come to marriage at some time. But later as they stopped in towns, Mr. Brady was put to the test with some of the boys on the train. Tragedy happened while they were supposed to placing children and Marianne sees a different side of Andrew Brady. As feelings form between them, they are tested beyond imagination by tragedy and lies. See how this tale evolves and how God intervenes in the lives of both of these characters.

This book was provided to me by Bethany Books. All opinions and comments are fully my own.
Mary Young Robinson, Boise, ID. 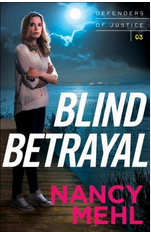 Deputy Casey Sloane is surprised when she finds out that E.J. Queen is on the other side of the door. Evidently this case is not turning out to be routine, with 3 U.S.Marshals ending up with the case, including an old boyfriend from D.C. Was she glad to see him? She respected him and trusted him so she was glad to see him on the case. She wasn’t sure if she was glad on a personal note. With an explosion from a bomb that was set off at Casey’s own work place, her boss, her life, her friends were all at risk. What had happened? Someone didn’t want a witness that was to be escorted out of town to testify, to make the trip alive. And who ever else gets in the way didn’t seem to matter. Casey’s boss, Richard Batterson, ends up in a hospital bed just as the team is prepared to leave town. But there was more than an explosion that almost killed him…
This book was provided by Bethany Books. All opinions are my own.  Mary Ann Young Robinson, Boise, ID.

This book was a true joy to read. I now have a new author who ranks with Tamara Alexander, Jocelyn Green, Michael Phillips and more! Jennifer Delamere not only wove an interesting tale displaying each player’s character, but added the sparks of honest love with sacrifice. I loved the medical and legal side of the story that showed how people thought about women’s roles at that time. Her writing was easy to read, although creative. Julia Bernay had an important goal in life but came to realize that God might adjust the adventure to accomplish His will. Michael Stephenson had allowed his profession, family and disappointments to take priority over any faith he may have had as a child. I read this novel first so I will go back and read “The Captain’s Daughter”. I am excited to have found this wonderful Historical Christian author and look forward to reading more from her.

This book was given to me by Bethany/Baker Books. All opinions are my own. Mary Ann Young Robinson, Boise, Idaho

I rarely give a rating of 5. This book was so well written and the story luring that I felt it was worthy.

Vivienne Rivard was raised by her beloved Aunt Rose. Her circumstances were not to be known or talked about in polite company. But Vivienne had become a real lady under the teaching of her Aunt as well as one of the finest Lace-Makers in France. But because of the political climate, she was actually in danger as one who served the throne and the rich. It was during the Revolutionary War that Vivienne decided to leave her home after her loving Aunt Rose had passed, and then her mysterious mother also whom she had only recently come to know. Once she arrived in Philadelphia, she met another French woman and her son, whom some believed was Louis . Some believed he was in hiding and some believed he was dead…there were some who did believe he had also fled to America. Vivienne had a hard time learning who to believe. Her French friend, Martine succumbed to Yellow Fever and her son, Henri, whom some thought was Louis, was taken in custody by Vivienne to protect and raise. Vivienne felt sparks for an Irish landowner she met in the city tavern. He ran the mail route from Aslyum to Philadelphia when he wasn’t building and planting. During the time that the new tax on alcohol came to be, Liam was called back to the military to help round up tax evaders. It was hard for Liam, as his brother who made whiskey, believed the government was wrong in the way it was handling the tax collections. Liam saw firsthand that the military was persecuting those who weren’t even questioned or proven guilty. Because of Lian’s honest, Vivienne’s feelings continued to grow even after she moved to Asylum to be safe and protect Henri. There is much more adventure after their move so enjoy reading this tale of war, love, and truth.

This book was provided to me by Bethany/Baker Books. All opinions are my own. Mary Ann Young Robinson, Boise, ID. 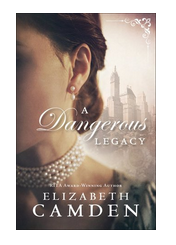 Lucy and her brother Nick, were living a different type of life from most of their peers in early adulthood. While many were courting and seeking marriage, these two Drake sibling’s time was filled up with their individual jobs and their journey to find out what happened to the family wealth after their father died. The family business was Plumbing, and Nick still worked in that profession, although underground most of the time. While Lucy was on her own work adventure in the American telegraph office, she had no idea she would eventually be running for her life or that she might fall in love with an English telegrapher. Filled with action and great descriptions, this historical inspirational romance novel will keep you turning the page.

This book was given to me by Bethany/Baker books. All opinions are my own. Mary Ann Young Robinson, Boise, Idaho

Why can’t the Duke of Riverton find a wife he feels he could love? After all, he seems much more interested in a modest and content sort of woman who would fit in with his family. But then there is that word “love”…his family does believe in a marriage of love…he thinks he has found someone to pursue but the ones that know him doubt the match. The woman seems to doubt also as she eludes him when he draws too close. And then he sees Isabella. A little too pleasing to the eye for his comfort, she interests him as down to earth and level headed…so what is she doing teasing suitors almost every day? There is a mystery about her and he will find out what it is…maybe someday he will even dance with her…

This book was provided to me by Bethany Books. All opinions are my own. Mary Ann Young Robinson, Boise, ID 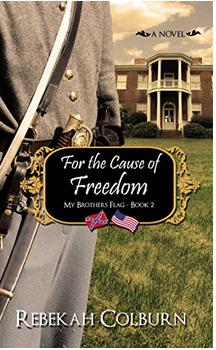 Our Confederate brother Charlie, may have seemed rash when he enlisted in the Army in a whirlwind of emotion, but we see now what a deep thinker he becomes as he sees real war up close. Suffering in a prison camp, he has time to think about previous decisions and the people he cares for most. The most unexpected rescuers come to his defense when he has had all he thinks he can take. He is chased, he is ill, he is ragged. Guilt and remorse beckon to him. Just as he almost succumbs to a deadly fate, Abigail Sterret, a Maryland daughter, finds him and is able to help him to safety. But this is not a final solution to his problems. He will have to be on the move again before the wrongs have been righted. While his heart beats hard for his family, his country and a new love, he must finish what he started. Read this courageous story of brothers that must reconcile after the Civil War almost tears both apart. Will they be able to heal? Read this wonderful historical to find out! I enjoyed this novel even better than the first part of her My Brother’s Flag series.

So easily deceived in her youth, Evelyn Wisely is now deceived that she can never attain the desires of her heart. Ashamed to confide in her parents of a faulty teenage decision, she lives with the memory overshadowing her every day. Her pastor father and mother are not sure why Evelyn draws back from every suitor she meets, but they wait patiently for many years hoping eventually they will have grandchildren during their lifetime. She works hard in a orphanage and loves the children, thinking that these might be the only children she will ever have. When she meets a lively young businessman that wants to help her plight in raising monies to help with a the orphanage and another women’s shelter, she finally decides to try to find out what happened to the man she married. Was he dead? Was she a widow? Thinking that David Kingsman might not live in her town too much longer she sets her plan in motion. What does God have for her for the future?

This book was given to me by Baker/Bethany Books. All opinions are my own.

Often life is hard, but God is always good

A Daughter of the Reformation
Truthful Loving Kindness